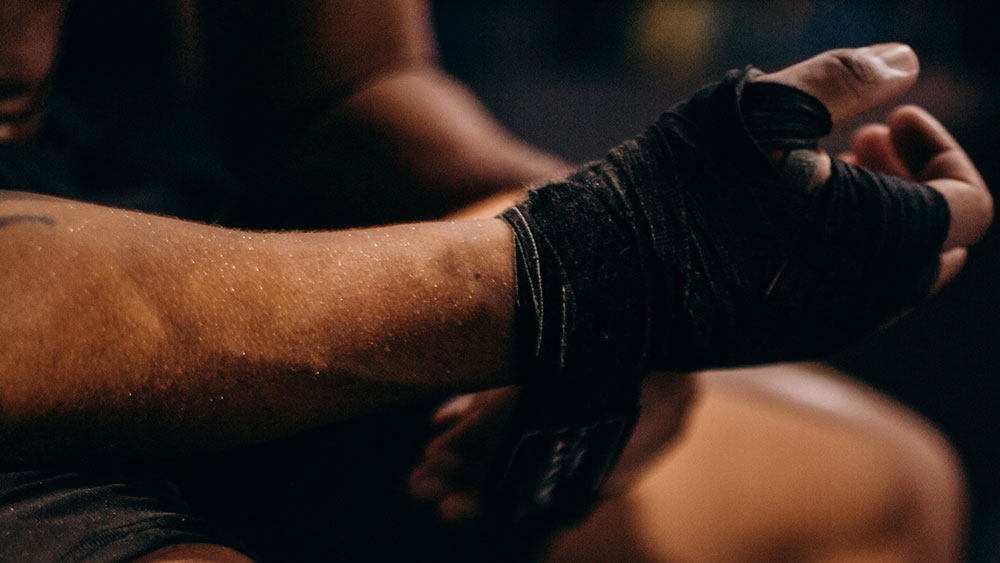 Most UFC fans will be familiar with the champions in their respective weight divisions. But what may not be so familiar to many is what fighter has the most wins ever in UFC history?

While he may not have been a champion in the UFC. Donald Cerrone holds the title for most wins in UFC history. Currently standing at 23 wins 12 losses Cerrone continues to compete at the highest levels in the sport.

So I have laid out an easy to read table, showing all the relevant information and statistics might need. Additionally, I added some more details on the fighters themselves and how they go to this point in their respective careers.

Donald Cerrone, Cowboy to his fans has been around the fight game since 2006. A former WEC top lightweight contender, Cerrone was competed for the 155 lb title both in the WEC and later on in the UFC.

Losing on both attempts, he still continues to be one of the most active fighters in the sport today. Well known for publicly saying he gets extremely nervous before his fights. It hasn’t stopped the wild man competing for more than any other active fighter on the UFC roster.

Making the move to welterweight in 2016, Cerrone has gone on to have a mixed bag of results. Never cracking to the top ten of the division, he subsequently made the move back down to lightweight to give it one more shot at the 155 lb crown.

A top UFC middleweight contender, Demian Maia has competed for the title. But unluckily for him, the peak of his career was during the reign of pound former middleweight champion Anderson “The Spider” Silva.

Having started his career back in 2001, today Maia still competes in the top ten. But with a shot at the title unlikely anytime in the near future. The Brazilian Jiu-Jitsu phenom may have watched his opportunity slip away.

One of the nice guys in the sport, Maia was quoted as saying that he does not like to hurt his opponents unnecessarily in a fight. Just doing enough to get the win where necessary. Unlike some of his fellow fighters who do like to hurt their opponent.

While it may be disputed, Maia is regarded by many as having the best BJJ in the sport. But where he shone on the ground, he often lacked in the standup department. Still one of the very best to ever compete inside the UFC octagon.

Jim Miller has been a UFC stalwart since 2008. An elite-level grappler, Jim has been in around the top ten for the best part of a decade. Having fought the best of the best the sport has to offer. Unfortunately, he has never gotten his shot at UFC gold.

However, it hasn’t stopped him from being a fan favourite and a guy never to be taken lightly. The winner of multiple fights of the night bonuses, his grinding submission-based style has caused all kinds of problems for many of his opponents.

But with more losses than wins over his last ten fights. And with a list of opponents who are looking less and less top drawer. It appears as though Jim’s chances of ever reaching a UFC championship are further out of reach than they have ever been.

No doubting Jon Jones is one of the greatest fighters of all time, so it’s no wonder he made this list. Jones was the youngest ever UFC champion at just 23 years old.

With a record of 20 – 1 at light heavyweight, many feel he should not even have the L on his record. But that is beside the point, as Jones is widely regarded as one of the pound for pound greats inside the octagon.

While his personal life has had its major ups and downs, which in turn had a knock-on effect on his professional career. Who knows what else he might have achieved at light heavyweight had he stayed out of trouble.

Perhaps his career at heavyweight will open up a whole new world of opportunities? But there will always remain the question of what if?

GSP is right up there when discussing the best to ever compete in the sport of mixed martial arts. The two-time UFC welterweight and middleweight champion of the world. Georges St Pierre for many fans is the number one pound for pound.

While some may disagree, we cannot question the results he achieved inside the octagon. With a total of 13, he sits snuggly behind Jon Jones as the number two in all-time title defences.

And with the personal issues and infractions that Jones made while the champion. It could be argued that the squeaky clean St Pierre deserves the mantle of GOAT.

Regardless, he is without a doubt amongst the greatest combat athletes of all time. Always evolving and ready to take on a challenge, the French Canadian has guaranteed his position in the MMA history books.

The Count, Michael Bisping is without a shadow of a doubt the most successful mixed martial artist to ever come out of the UK. But for so many years he was the almost man.

Having fought some of the best fighters in the world at 185 lbs. Many of which it would later turn out were on performance-enhancing drugs. Losing an eye in his fight against Vitor at a time when he was suspected of cheating.

Then coming within a hairsbreadth of the title, only to lose. Get a second bite of the cherry and knock out the champion Luke Rockhold in one of the biggest upsets the sport has seen. Bisping has had one of the toughest roads to the top of all UFC champions.

And doing some of his best work with only one eye? He will no doubt be remembered as one of the most determined fighters to ever compete in the sport. And now behind the mic, we will be hearing a lot more from him in the years to come.

The Nightmare, Diego Sanchez began his professional career way back in 2002. But most fans will be familiar with his first appearance on mainstream television when he was a contestant on The Ultimate Fighter season 1.

Without a doubt, one of the sports characters and a guy who at one time many pundits thought could capture a UFC title. However, it was not to be, but Sanchez would still go on to fight some of the biggest names in the sport.

Always dangerous and durable, Diego will be remembered as much for his outlandish character, as he will his performances inside the octagon. Being one of the very few fighters from the original TUF series to continue being active after the age of 42.

Dustin Poirier has been one of the most consistent fighters in the UFC’s lightweight division for many years. But his crushing loss to Conor McGregor at UFC 178 seemed to somewhat take the win out of the sails.

He would go on to compete in the division for some time before finally deciding to make the jump to welterweight. A division where he saw some great success and somewhere where many thought he would stay.

He would decide to return to 155 lbs taking on former champion Eddie Alvarez and new division arrival Max Holloway. Before finally getting his shot at the lightweight phenom Khabib Nurmagomedov.

Losing to the champion only seemed to reinvigorate the man from Louisiana, who looked outstanding against rising star Dan Hooker. Will he get a second shot, who knows? But still one of the top fighters in the world at 155 lbs.

The former welterweight champion of the world, Matt Hughes was one of the original stars of the UFC. And was seen as one of the most dominating wrestlers to have competed in the sport.

Hughes is one of the few fighters in the early years of the sport to have faced and beaten both BJ Penn and Georges St Pierre. He would, of course, go on to lose to both, while still being remembered as one of the sports most dominant champions.

Retiring in 2011, Matt would go on to suffer a traumatic brain injury as the result of a train hitting the passenger side of his truck. Today he is recovering from his injuries and just happy to be alive.

Frankie Edgar is the former UFC lightweight champ, who has competed for the title 5 times. And when I think of people who always seemed to be in the mix, Frankie always springs to mind.

Taking the UFC lightweight title from B.J. Penn at UFC 112. Edgar would defend a number of times before finally losing to Benson Henderson two times. An incident that pushed him to make the move down to featherweight.

Having fought at 145 lbs for a championship belt a total of three times. He would never again capture UFC gold. And with so many bites of the cherry Frankie is without a doubt a fighter who has had more opportunities than almost anyone else.

Let’s Wrap it Up

So I hope you enjoyed this run through the fighters with the most wins in the UFC. Some of the biggest names the sport has known, with some others who may have surprised you?

Either way, they are amongst some of the very best to ever compete and at the highest level. For the longest time, in the best MMA promotion on the planet.

Tags:MMAUFC
previousWho Are The 10 Best Submission Fighters In UFC History
nextClarifying Exactly When Did The UFC Start Using MMA Gloves